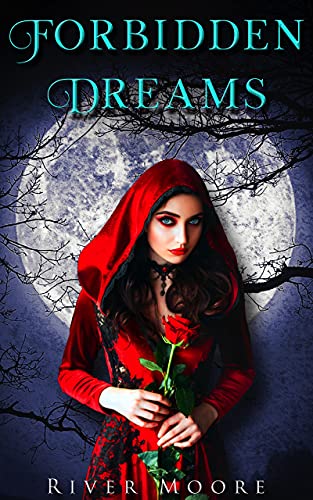 What do you get when you mix an impending apocalypse, mouthwatering immortal males, and a hungry succubus with a penchant for donuts?
A jaw dropping, heart racing, paranormal romance that will leave you breathless and cleaning the steam from your windows.
Thats right.
I’m Rixterra Velos, Lady Rix to my prey.
I thought I had found my purpose in life, but fate had other ideas.
Smoke Show is the hottest nightclub in Tulsa, and an all out buffet for my kind.
I had it made there, luring and feeding to my heart’s content.
Then it all changed.
Now I’ve been thrust into a mission I never wanted.
Never asked for.
But when the big bad comes out and the world is in need of a hero…
Ok, I’m sure a demoness wasn’t the first choice, but here we are!
Delve into my story.
Laugh with me.
Get feisty in my world.
Just make sure you hit up your local bakery first.
You’ll regret it if you don’t. 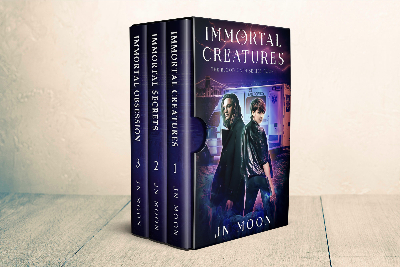 I was bitten by a patient.
After that, a world of nightmares opened before me.
Monsters butchered innocents in the city. I had to make a choice.

Run and hide, or stay and fight?

I had to level up—fast—to protect the ones I love, like my best friend, paramedic Damien, whose bite almost ended his life.

Joined by a beautiful stranger with secrets all his own, a vampire I couldn’t resist.
To complicate matters, there’s sultry Josias: dark-eyed coven master.

Creatures that should have never existed.

Would I choose to betray my lover to save my friend?
***
Immortal Secrets.

My life changed when I crossed paths with a vampire.
It helps that I work the graveyard shift. And I’m not squeamish around blood!

After finding bones in a disused tunnel, masses of them, I had to find out who or what was behind the murders.

What feeds on the bodies of the immortals?
Not vampires, not werewolves, something much more gruesome.

Hunting by day, medic by night, I sought out the creatures feasting on the undead. Little did I know it would lead to my friend’s murder.

When even the undying are not safe, how can I save the people?

The nightmares are real, monsters exist and are waiting to feast on our blood unless I can stop them…
***
Immortal Obsession.

Sometimes the world doesn’t need a hero. It needs a vampire.
The original Vampire…

What laid buried for centuries has arisen, fuelled by blood-thirsty vengeance.
Trapped inside a portal, they forced me to fight in brutal trials against mythical monsters.

From the shadows emerged the Father of all vampires, prepared to lead those he deemed worthy in a battle to bring the city to its knees.

Forced to embrace their violent natures, supernatural beings pitted against each other with mortals caught in the crossfire.

As Fae appear to take a stand, I realized I’d backed the wrong side.

But the war will not end without bloody sacrifice, and I vowed to do whatever it took to save those I love.

Choosing death for the greater good, my life will never be the same…

Love tested, and redemption earned in Immortal Obsession, the epic finale to the gripping Blood Oath Series! Sink your teeth in for a twist you’ll never forget!
Fans of dark urban fantasy will love The Blood Oath Trilogy, a gritty adventure with a bite of romance. 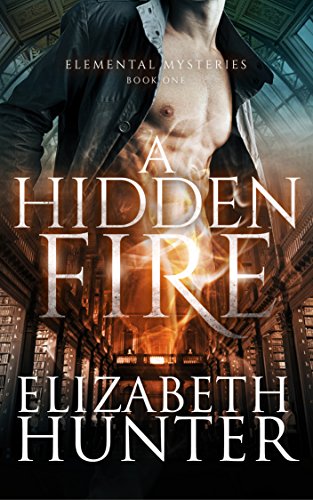 The explosive international bestseller where history, romance, and the paranormal collide.

A phone call from an old friend sets Giovanni Vecchio back on the path of a mysterious manuscript he’s hunted for over five hundred years. He never expected a young student librarian could be the key to unlock its secrets, nor could he have predicted the danger she would attract.

Now he and Beatrice De Novo follow a twisted maze that leads from the archives of a university library, though the fires of Renaissance Florence, and toward a confrontation hundreds of years in the making.

A HIDDEN FIRE is the first book by USA Today and international bestseller, Elizabeth Hunter, author of the Elemental Mysteries, the Irin Chronicles, the Cambio Springs Mysteries, and Love Stories on 7th and Main.