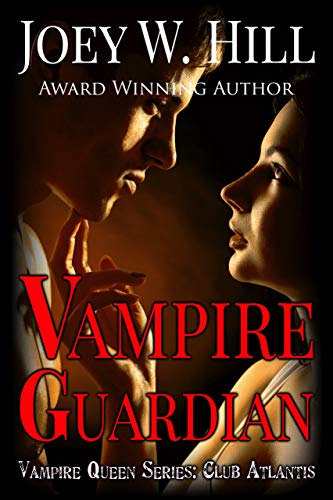 Fae and vampires never fall in love. Except when they do.

Adan has come to Club Atlantis to do a job. The BDSM club is to become part of the portal network for magic users. A born vampire with the blood of a Cherokee shaman and an Irish Seer, Adan is apprenticed to a Light Guardian helping him hone his skills to become a full sorcerer. Perhaps even a Guardian himself one day.
But Club Atlantis is a haven for a Fae female, an unwelcome distraction. His hatred for her kind means even her scent can set off his bloodlust.
Catriona is a Fae unsettled in her own world, and physiologically unable to be in the human one without extraordinary protections in place. She can’t put down roots anywhere. For a tree nymph, that’s a serious problem. One that calls for a solution that will appall the Fae world.
History says a vampire and a Fae who fall in love are destined for tragedy. But love has a way of refusing to be ignored. No matter the consequences… 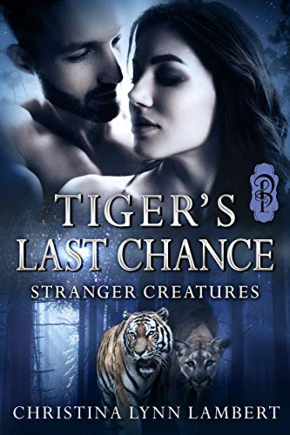 While working a case, Sean Whitman is tortured for information, drugged, and bitten against his will by a shape shifter. The fallout ruins his career. Needing a fresh start, he leaves town and opens a private investigation business. Learning to live life sober isn’t easy, but he makes it to the two-year mark.
When Detective Nikki Jackson with the Great Oaks, Virginia Police Department calls him to ask for his help as a consultant on a case, he’s captivated by her sweet, slightly Southern voice. In person, she’s unlike any other woman he’s encountered, and nearly impossible to resist. But could the sexy detective ever want a man like him?
After Nikki’s last dating disaster, the mountain lion shifter has sworn off men. Then she meets Sean, and with every second she spends around the tall, dark-eyed man, her resolve crumbles. Despite the undeniable attraction between them, Sean seems determined to push her away.
An investigation into missing refugees leads Nikki to the discovery of a radical political group’s horrifying plot for dominance. Traitors are embedded within the very organizations meant to keep shifters safe. As the list of people she can trust dwindles, she calls on Sean to help her unravel a web of deceit.
As Nikki and Sean fight for survival, his fear of losing her could become a reality. Will he get one last chance to show her he loves her?

A Coven of Her Own
Saskia Walker
FREE
​ 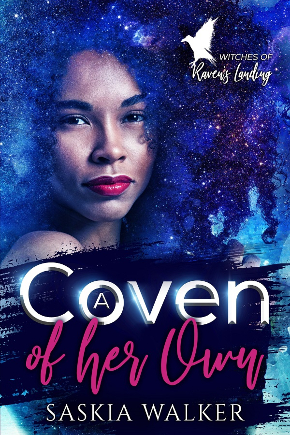 A coven war, a novice witch, a lover locked in time.

Sunny Chambers loves the thatched cottage she inherited from her Grandma on the rugged Cornish coast. The only thing that would make it even better is if the man of her dreams was real. Sunny’s about to discover she has the magical power to travel through time and actually meet the mystery man who walks through her dreams, save him from a fate worse than death, and a whole lot more besides.

Two centuries earlier, Cullen Thaine is due to leave on a hell-bound vessel—his soul promised to the Lord of the Underworld—when Sunny finds herself in his arms, with the power to rescue him from a dark and powerful witch. She has to be dreaming, right? This is Sunny’s initiation into the Raven’s Landing coven, but our benevolent white witches have an enemy, and he has his own plans for the lovely Sunny Chambers.

Cullen and Sunny have become the focus of the local coven war, and their destiny is now at stake. Sunny needs to learn all about her magical heritage, figure out how she traveled back in time, and cope with the coven war…while falling hopelessly in love with a lusty hunk from the 1800s.