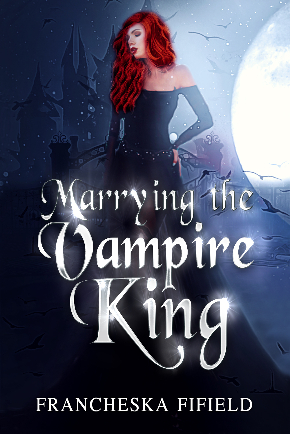 Attempt #1 of getting married=assassination attempt. Not me, the king. He was pressured to get married and a nobleman put forth a candidate that was an assassin. He survived but now he is using the ancient method of drafting…not the army kind.
Basically all our personal information and a picture are sent to the king’s advisors and they pick 50 girls to go to the palace and the nobles and king choose brides. Fresh blood in a stale upper class.
The king has zeroed in on me but I am no pushover. I could care less about being Queen. But you bet I will be using this chance to get the issues us commoners face across to those stuffy upper-class citizens.
If only I could get the king and his sister to stop pressuring me to take the mantle of Queen this could be a nice little winter vacation for me. 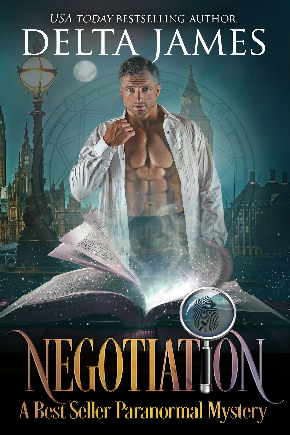 From USA Today Best-Selling Author Delta James comes a mystery series with a hint of paranormal that’ll keep you guessing until the last page!

He’s a respected DSI with Scotland Yard; she’s a dishonored history professor running from a scandal.

Five years ago, Rachel Moriarty was caught up in gossip that resulted in her losing her job as a tenured professor. She’s in London, focusing on building her exclusive tour business as well as her life.

Michael Holmes enjoys great success and a certain amount of celebrity acclaim due to his name, his reputation, and his uncanny ability to solve the unsolvable. He is intrigued by the woman who bears the last name of his greatest literary rival.

The veil between the worlds is weakening, something is trying to come through to bring its malevolence to a new generation. It’s found the key to unlocking the door, if only it can find a way to use Rachel’s innocence to re-enter this world.

Can Holmes and Moriarty work together to finally put an end to the evil that was Jack the Ripper?

Publisher note: Negotiation is a paranormal, supernatural mystery with steamy heat in and out of the bedroom for mature readers only. Each book in the series is a standalone with no cliff hanger endings. 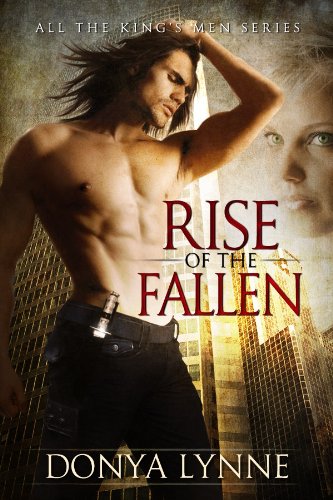 Micah is a vampire with a bad reputation who has nothing left to live for. Samantha is an ex-Army medic in hiding from her abusive ex. When Sam becomes Micah’s reason to live, he’ll risk everything to protect her.

Ex-Army medic Samantha is on the run from her abusive and controlling ex-husband. To stay off the grid, she lives in a rundown studio apartment and works for cash under-the-table as a dancer in a swanky gentleman’s club, but she can’t shake the fear that at any moment her ex will find her and drag her back to a life of terror.

Ancient vampire Micah Black has seen enough tragedy and loss for a hundred lifetimes. With nothing left to live for, but unable to give himself the kind of death he wants, he enlists the help of an immortal foe who’s only too happy to see Micah dead.

When Sam inadvertently thwarts the attempt on Micah’s life, the unlikely pair become ensnared by an attraction neither can deny. In Sam, Micah finds a reason to live—and love—again, but now that she’s put a target on her back, he’ll have to pull out all the stops to protect her. With her obsessive ex closing in and a ruthless enemy who will stop at nothing to finish what he started, are the odds stacked too heavily against Micah? Or will finding something worth fighting for give him the edge he needs to keep Sam alive?