Woman in victorian dress imprisoned in a dungeon 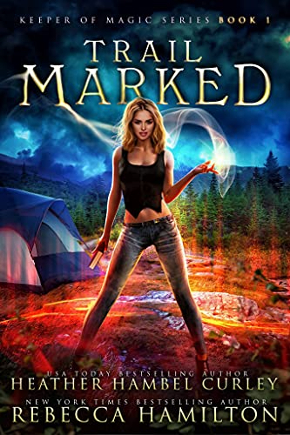 An ancient evil has already killed Scottie once, and is now stalking her along the Appalachian Trail, bent on destroying her soul for good. 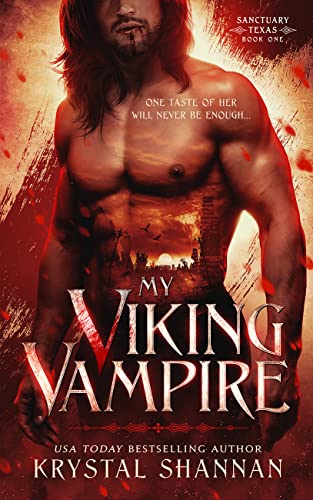 I’ll fight to the end or die trying…
I’ve got nowhere to run—except into the arms of a sexy stranger who says he can protect me.
But this guy comes with a bit more than I bargained for—fangs.
—Bailey—
I’m at the end of my rope. No home. No money. And I’m being hunted. When a hunky blond giant offers me Sanctuary in a town literally named Sanctuary, I have to hope that Fate is finally stepping in on my behalf.
The only thing I have left to lose is my life and Erik might be worth the gamble.
—Erik—
I’ve been sent on a mission—find the next chosen one who can help protect the town of Sanctuary from a world-ending prophesy and supernatural psychopath bent on killing them all.
When that soul ends up being a little waif of a woman who’s barely hanging on to life, I have serious doubts about whether or not she’s really cut out to help save the supernatural world. Regardless, I want her more than I’ve ever wanted any female in all of history and I won’t let anything stop me from claiming her as my mate.
Sanctuary, Texas will take you on a heart-pounding-toe-curling ride into a town of fantastical creatures and a war for world domination you won’t soon forget. The series has fated mates, growly heroes with soft spots for their strong spunky heroines, and enough spicy romance to make you blush. Don’t miss this sexy, gritty, paranormal fantasy romance with a twist of darkness. There’s a “big bad” you will love to hate and an amazing cast of characters across the series that build a family you won’t want to leave behind. 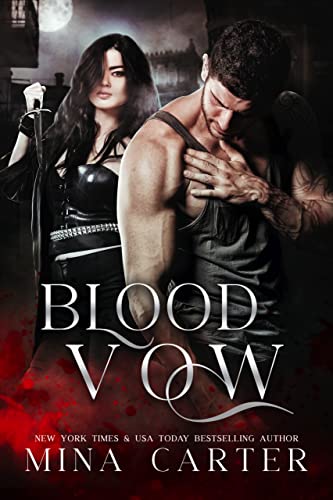 Human, she can’t be his. Without his help, she won’t survive the streets or the rogue vampires who killed her sister…He’s the king. And he’s done taking orders. Furious at the Elder Council’s demand that he find a wife, Kyn monarch, Marak, takes to the streets to vent his rage on the rogue vampires who plague the city. He doesn’t expect to find a sexy vampire hunter who has no idea who he is nor his primal and all-consuming reaction to her.
She’s human, so he can’t claim her. Rather than see her slaughtered, he agrees to train her, get her ready to hunt… and do his best to keep his hands to himself.
But when a rogue attack almost ends Maria’s life, Marak is forced to give her his bite. Bringing her over into his world, he discovers she’s been keeping secrets. Like the fact she’s not fully human…
Rogue vampires killed her sister. Now she’ll make them pay… ALL of them.
Her sister slaughtered by rogues, Maria wants blood. Rogue blood. Lots of it. In vampire society though, even halfbreeds like Maria are cosseted and protected. She must fool her family into thinking she’s the perfect Kyn lady, fight like the demons her ancestors were, and somehow get rid of the annoying but sexy Kyn warrior who just won’t leave her alone.
The problem is, telling lies can be a house of cards, and her sexy warrior has a few secrets of his own. Ones that will either save her… or destroy her.