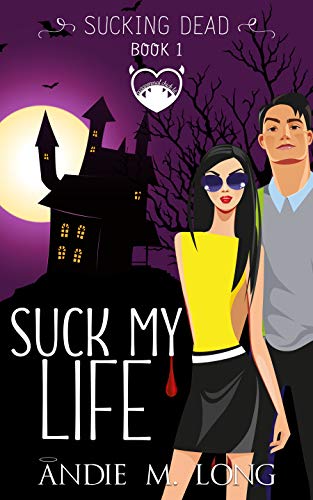 One minute I’m working in a bookshop and the next minute a vampire decides to kill me.

Enter the tall, dark, handsome stranger who’s been hanging around the store lately. He has a deal he says I can’t refuse. I can either a) die or b) become a vampire and Queen of the Wayward.

Great choices there, hey? Obviously, I choose option b.

So here I am, trying to get used to not only being undead, but to my new royal role where I’m in charge of the Home of Wayward Souls. Yep, any newly dead spirits that are wild, unhappy, and out to cause trouble. All mine.

Oh, and there’s another tiny thing I need to get my head around. The guy who prevented my demise? He’s Death himself. The grim reaper took a shine to me and wants to take me on a date. 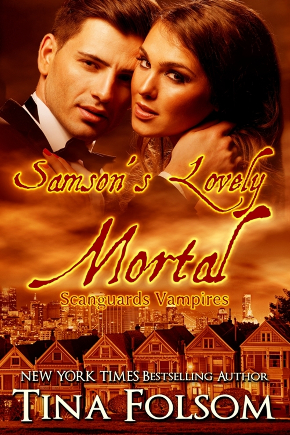 Lara Adrian, New York Times Bestselling Author of the Midnight Breed series raves about this series: “I’m addicted to Tina Folsom’s books! The Scanguards® series is one of the hottest things to happen to vampire romance. If you love scorching, fast-paced reads, don’t miss this thrilling series!”

Vampire bachelor Samson can’t get it up anymore. Not even his shrink can help him. That changes when the lovely mortal auditor Delilah tumbles into his arms after a seemingly random attack. Suddenly there’s nothing wrong with his hydraulics–that is, as long as Delilah is the woman in his arms.

His scruples about taking Delilah to bed vanish when his shrink suggests it’s the only way to cure his problem. Thinking all he needs is one night with her, Samson indulges in a night of pleasure and passion.

However, another attack on Delilah and a dead body later, and Samson has his hands full: not only with trying to hide the fact he’s a vampire, but also with finding out what secrets Delilah harbors for somebody to want her harmed. 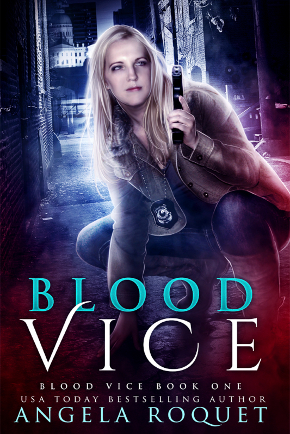 Detective Jenna Skye bombs her first week on the St. Louis Vice Squad when she’s bitten by a vampire in a supernatural brothel. Her day only gets worse from there. She wakes up in the morgue and discovers that her partner is dead. Before the sun rises, she realizes she is too.

Jenna vows to continue their investigation until justice is served, but a werewolf squatter, an unexpected visit from her estranged sister, and a nosy FBI agent stand in her way. Not to mention her fresh aversion to sunlight and a thirst for something a little stiffer than revenge.