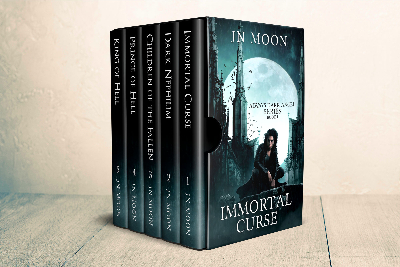 Always Dark Angel Complete Box Set (Books 1-5): British Vampire Urban Fantasy
Book 1. Immortal Curse.
A violent attack plunged me into the brutal underworld of the undead.
I became one of them.
Conflicted by bloodlust I couldn’t control, a war between immortals dragged me in.
Everything I loved was lost.
Unable to control the evil within me, I clung to my humanity.
Lost without hope until an eighteenth-century vampire guided me through the terrifying underworld where vampires hunt humans.
And each other.
But then the vampires made a fatal mistake, hunting my human lover.
So, I had to make a choice. Side with the predators, or the prey.

Book 2. Dark Nephilim.
There I was, a world-weary vampire. Facing a bloodthirsty angel. In a world turned upside down, humanity’s only hope was the undead…
I had seen plenty of skin-crawling situations in my immortal life, but nothing compared to the sight of a fallen angel gorging on vampire blood.
With each drop of drained blood, a tear split in the veil between life and death.
And all the damned are crawling out from the depths of Hell…

Book 3. Children of the Fallen.
A new race born of blood and savagery.
After fighting legions of evil, something macabre emerged from the ashes. The Fallen.
When one of the Fallen was kidnapped, it catapulted our world into a devastating nightmare… a fate worse than death.
Facing demonic brutality, it pushed my morality to the limits.
I had to find Orion, one of the Fallen or our world would remain a dystopian nightmare.

Book 4. Prince of Hell.
A secret revealed to me about my heritage; I went in search of answers for a truth that I was forbidden to know.
Scattered around the world to protect mankind, we, the Princes of Hell, have reunited once again.
Together we can break down the gates of purgatory and restore the dark, demonic hordes back into the world of the living.
And I can take my rightful place alongside Bael, if I can trust the Devil himself…

Book 5. King of Hell.
It’s not every day that you become the King of Hell… but can I keep the throne?
No sooner than I became the embodiment of evil, the queen of demons escaped, hellbent on slaying every one of Adam’s children.
Unless I could capture this venomous genie and put her back in her bottle, she will expose our kind and destroy our food source. Humans… 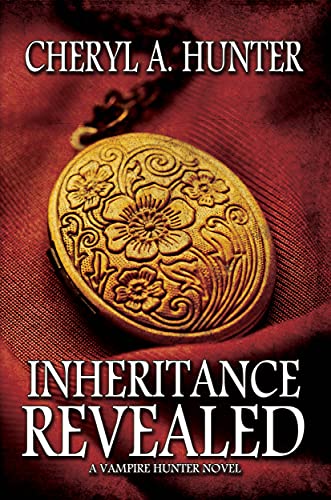 Arianna awakens and must accept the reality of how her life is changed, forever. She discovers she is a vampire hunter, James is a vampire, and the mythology she teaches is not entirely fiction. With help from Giovanni, a cranky vampire hunter, Arianna discovers her inner talents, and she begins to unravel the mysterious family secret in her past. 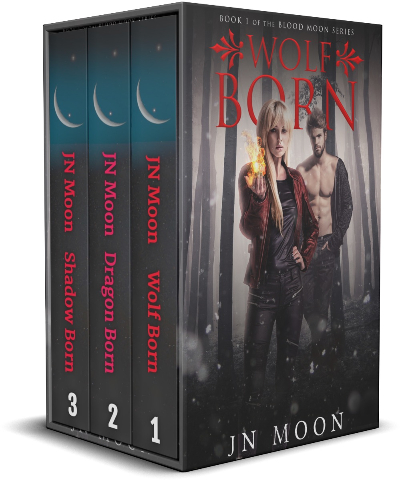 Wolf Born.
What big eyes you have.

I went to help my uncle deep within the woods.
As an ecologist I only felt peace only in nature, in the forest.

Instead, I found a swoon-worthy alpha.

What big ears you have…

My uncle warned me a malevolent shadow is coming for us and I am their only hope of survival if I can channel a side of myself I never knew existed.
I’ve always loved nature, but I never thought I’d become a part of it.

What big teeth you have!

A mysterious alpha, a forbidden love and a dark family secret none within my bloodline can escape.
Take a bite of the first book in this captivating shifter urban fantasy series.

Welcome to the Wolf Born…

◆◆◆
Dragon Born.
The father of all monsters has risen.
Would you steal Poseidon’s Trident to save your lover?

Thrown into the watery realms of the Selkies, sea witches and Atlantis, I realized I was up against far more than one Pagan God.

Zeus created the first lycan as a curse.
Now we, the lycans have to beg him to save the world….

Only the Gods can help us now, but they view shifters as an abomination.
Will Zeus get past his judgement, his anger to cooperate with those he deems lesser beings?

Spellbinding mayhem, Greek Gods, demons, vampires and Nephilim battle it out to defeat a monster unparalleled by any other.

Grab your life jacket. This is one hell of a ride.
Welcome to the Dragon Born…


◆◆◆
Shadow Born.
They say immortals are the most dangerous species. They’re wrong.
The Grigori, the watcher Angels, wield terrible power. Now they’re after me!

The stakes have changed. An ancient Order has amassed with the help of the Grigori, who have presided over humanity for thousands of years.

And they view my kind as an abomination, an affront to God.

Using the highest magic, the Order is a force only seen once before, in the seventeenth-century witch trials, but now they have technology. And weapons.
Slaughtering everyone in their way, they want my gifts to create a force to annihilate supernaturals from the inside out.

Headed by Amazarak, the Grigori are unstoppable, cast down to Earth.
Amazarak longs for home and will crush all immortals unless I help him return to Heaven.

Can I trust an angel and steal the scroll from the Marquis of Hell?

The old Order has come out of the shadows, a new era dawns…
Welcome to the Shadow Born…

Dark urban fantasy brimming with British and Greek folklore, Babylonian witchcraft and historic ancient orders. The Blood Moon Series takes you to another realm. All with a bite of romance and intrigue.