Man and woman in a mystical forest. The mystical atmosphere, haze, forest.

Never make a deal with a billionaire, particularly one who’s a vampire . . .

The deal is simple: spend a month with a mysterious billionaire who is the owner of Louisiana’s La Petite Mort Casino, and he’ll forget my father’s gambling debts. If it means saving our family home and business, I’ll do anything.

With his strong, sexy, take charge arrogance, Nicolas Dupont is a mystery to me. But it doesn’t matter how hot he is. This is purely a business arrangement. Nic can have any woman he wants and it makes no sense that he’d be interested in a virgin like me. I’m certainly not about to fall for a guy who thinks he can own me.

So I go hunting for a way to free myself. When I discover I’m the hunted, and there are those who want my blood, Nic claims he can protect me. But can I trust one of his kind?

When this began, I thought I might lose everything. Now I’m not sure if I’ll make it out alive . . . 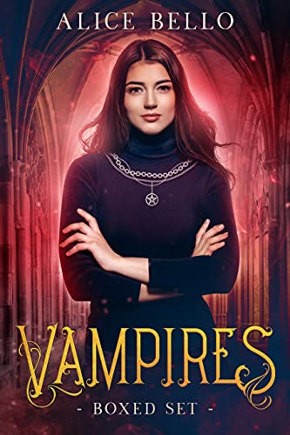 Vampires can be a pain in the butt! You’ve been warned. Sexy? Sure. Hard to kill and useful as an ally? Yeah. But what they don’t tell you is how ridiculously high maintenance they are. When they’re not trying to seduce, charm, or kill you, they’re trying to eat you. Okay, some of that doesn’t sound that bad. 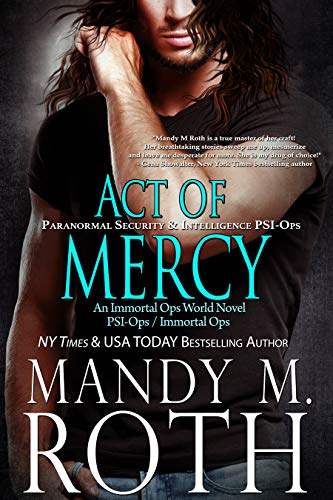 Paranormal Security and Intelligence Operative Duke Marlow has a new mission: find, interrogate and possibly eliminate the target—Mercy Deluca. He knows looks can be deceiving, but it’s hard to believe the beautifully quirky woman running around in a superhero t-shirt is a viable threat. The little biomedical engineer quickly proves she is more than he bargained for and Intel has it all wrong—she’s not the enemy. Far from it. Intel also forgot to mention one vital piece of information—she’s Duke’s mate. And this immortal alpha werewolf doesn’t take kindly to her being in danger.

When Mercy accepted a position within Donavon Dynamics Corporation, she thought it was to help cure disease and to make a difference for mankind. She had no idea what her new career path truly entailed—monsters masquerading under the guise of scientific research. Unable to stomach the atrocities she’s uncovered, she reaches out through what she hopes is the proper channels, asking for help. Mercy gets more than she bargained for when a team of paranormal hotties show up on her doorstep ready to take down the Corporation. One, in particular, is able to get under her skin, both aggravating and exciting her in ways she can’t explain.