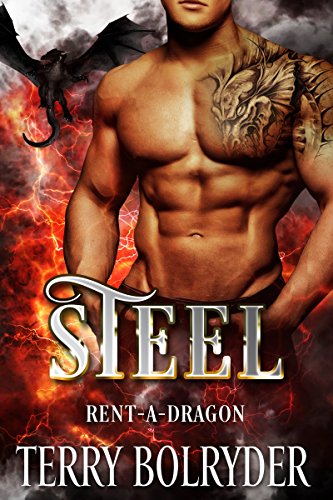 A dragon as a handyman? Ridiculous.

At least Liam Steel thinks so. Sure, he and his crew of newly-awakened metal dragons are experts at building things, but after being sunk at the bottom of a frozen ocean, all they want is to find the mates they were sailing in search of in the first place, and Liam isn’t sure how that can happen while he’s playing in the dirt. Until he meets his first client, a sweet, curvy, no-nonsense business-woman busy taking care of everyone but herself. His heart screams ‘mate’, and he’s ready to get his hands on more than her yard.

Kate Hinton doesn’t know what to make of the beefcake Rent-A-Dragon sent over to help with her yard. Impossibly tall with soulful teal eyes, dark hair, and the features of a male model, she’s pretty sure he should be walking a runway rather than digging trenches in her yard. And the way he looks at her? Like nothing else matters in the world. But the more she gets to know her kind, friendly, amazingly efficient handyman, the more she is realizing he’s not from her world.

He lives in a remodeled castle. He doesn’t know certain modern words. And he definitely doesn’t understand the rules of modern courtship. But somehow, Kate is finding herself falling in love with this ‘dragon’ all the same, and finding out there is a whole other world outside her own. One full of secrets, and danger, and maybe even the love of a lifetime. 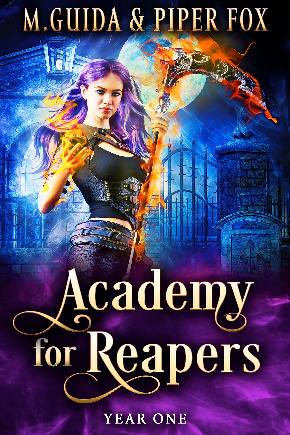 I just died…and ended up with a one way ticket to the Academy for Reapers.
But first I have to pass my trial.

Mean girls, homework, and the Untouchables—hot reaper guys with attitude. Of course I get partnered up with the meanest of the bunch. He’s got a serious chip on his shoulder and I find him irritatingly hot.

And did I mention there’s a war between Heaven and Hell and I’m stuck in the middle of it.

There’s a big bad demon trying to bring down the reapers and steal all the souls.

Grab this new academy romance filled with reapers, angels, and demons who are batting for your soul! 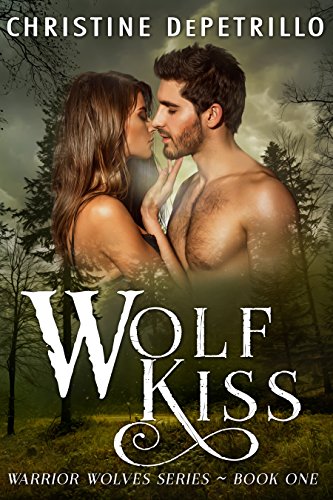 When a pained howl echoes from the dark forest beyond the sanctuary fence, Brandy meets a wolf unlike any to cross her path.

Warrior Reardon McAlator kills anyone’s enemies for the right price. Victory comes easy to him and his fierce army… until one day, they meet their match. Faced with the possibility of destroying their legendary winning streak, Reardon takes action. He makes his men more like him and angers the wrong Celtic goddess. Banished from her protection, he wakes up alone in a different place, in a different time, and in a world of pain. He must do something worthy to get home to Ireland, but maybe home isn’t where he thought it was.

Wildlife biologist Dr. Brandy Wendon cares for wolves—and her sister’s son, Dylan—at Silver Moon Wolf Sanctuary in the woods of Vermont. She loves everything about her work, including secretly researching clinical lycanthropy just for the fun of it. It’s what nerds do. Brandy stays busy, but in the lonely hours of the night, she can’t deny something is missing. If only she could find that soul mate people are always mentioning. As if one perfect match for her really exists.

When a pained howl echoes from the dark forest beyond the sanctuary fence, Brandy meets a wolf unlike any to cross her path. Why does she grow instantly connected to him? Why does he become so important to her? She’ll only get answers if she accepts a wolf kiss.